The following items are used to contain and organize overcurrent devices in residential, commercial, and industrial wiring applications:

Panelboard- A single panel that includes automatic overcurrent devices used for the protection of light, heat, and power circuits. 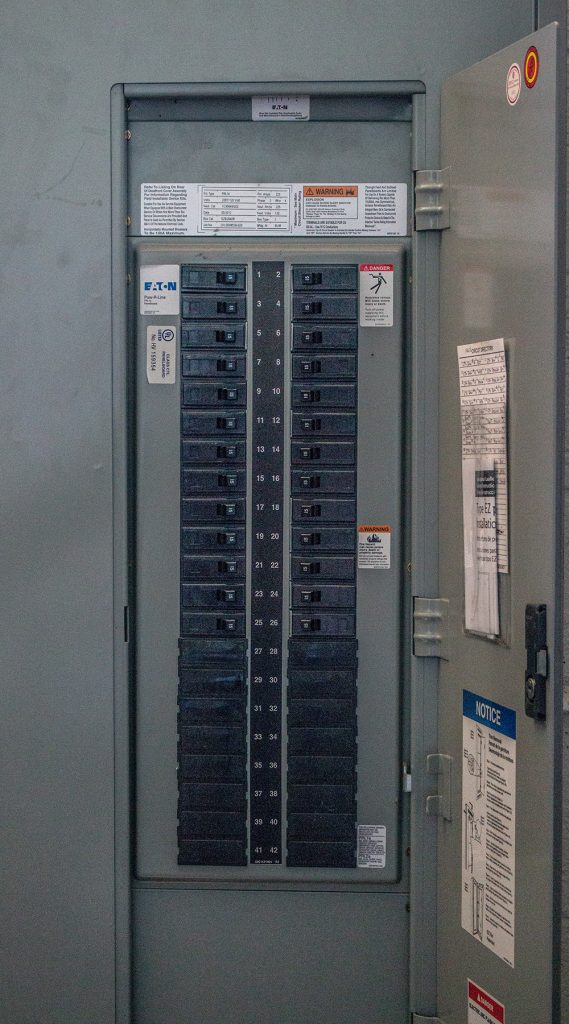 Panelboard by Gwen Arkin is licensed under CC BY 4.0

Loadcenter-A type of panelboard that contains the main disconnecting means for the residential service entrance as well as the fuses or circuit breakers used to protect circuits and equipment like water heaters, ranges, dryers, and lighting.

Safety Switches- A safety switch is used as a disconnecting means for larger electrical equipment. It is typically mounted on the surface of or near the equipment and is operated with an external handle. Safety switches can simply be an On/Off device or can have overload protection devices incorporated in their design. Safety switches can be found in both cartridge fuse or breaker configurations. 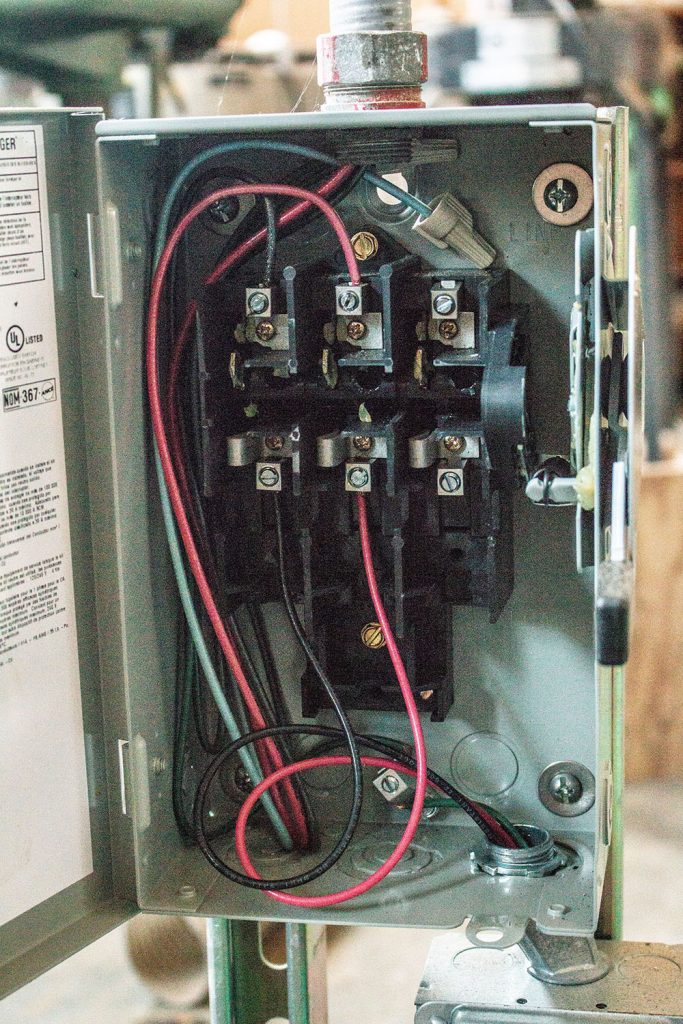 Safety Switch by Gwen Arkin is licensed under CC BY 4.0

A fuse is a overcurrent protection device that opens a circuit when a fusible link is melted away by the extreme heat caused by an over current. Causes can include a short circuit or excessive load. Electricians and maintenance technicians may encounter two styles of fuses protecting circuits:

Plug fuses-  These fuses “screw” into a socket device, either an Edison base model or a Type S model. These devices are seldom used as circuit breakers can be reset and are considered more reliable and tamper resistant. Some codes may restrict the use of plug fuses in building electrical systems. 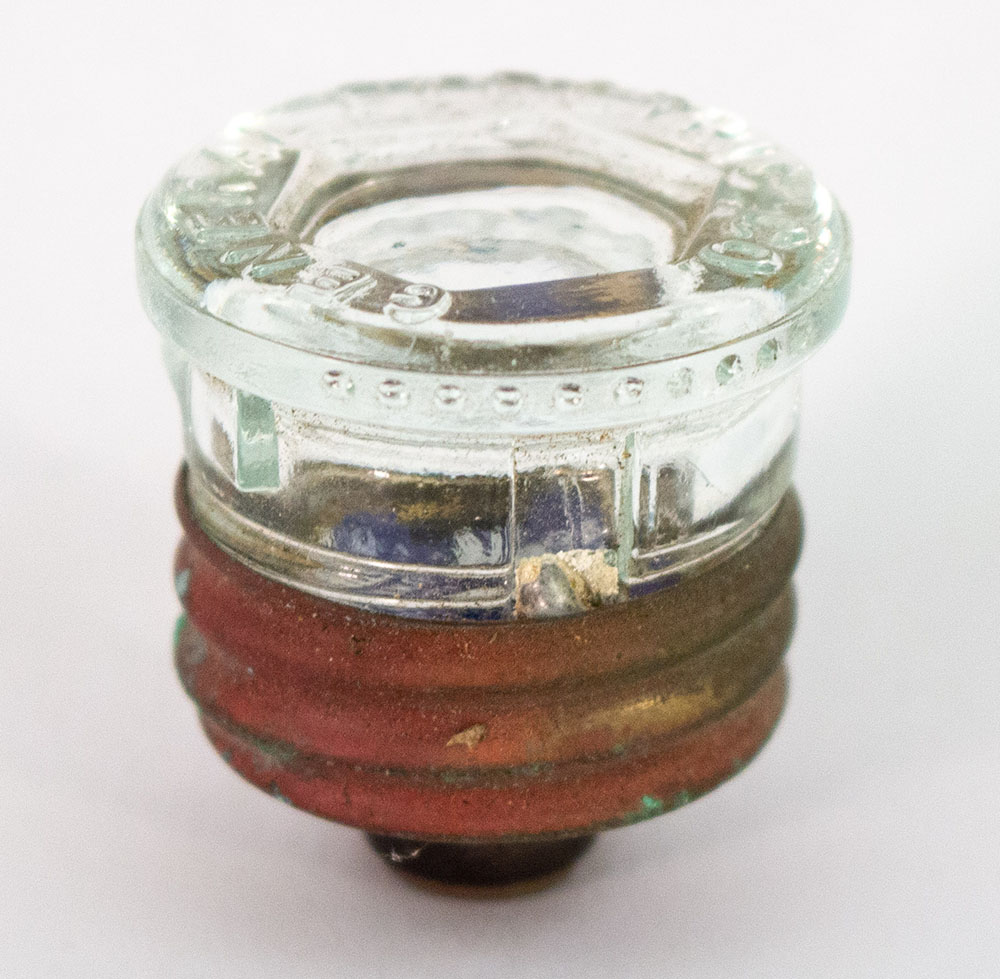 Plug Fuse by Gwen Arkin is licensed under CC BY 4.0

Cartridge fuses- Cartridge fuses are available as a ferrule model or a blade-type model. Fuses must be plainly marked, either by printing on the fuse barrel or by a label attached to the barrel showing the amperage and voltage ratings. Often used in equipment safety switches.

Cartridge Fuse by Mako Shimada is licensed under CC BY 4.0 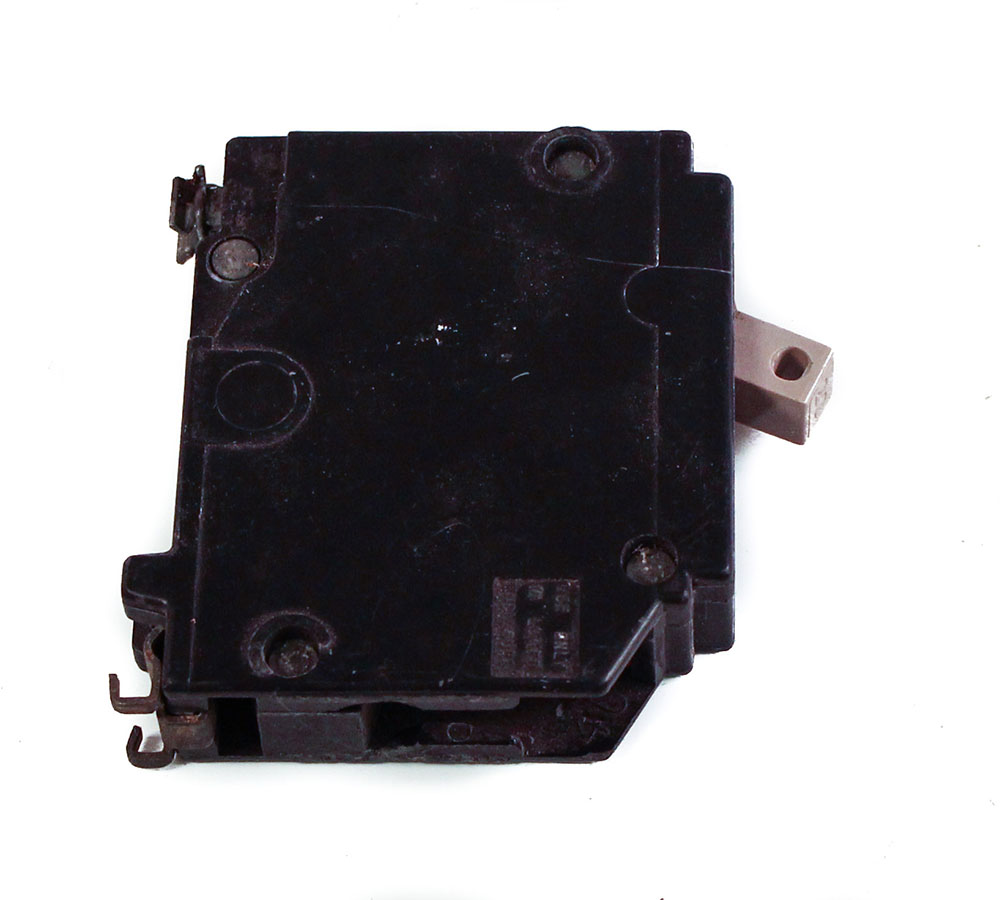 20 Amp Circuit Breaker by Mako Shimada is licensed under CC BY 4.0

It is important to note the manufacturer and style of a breaker when replacing it. Different manufacturers produce propitiatory designs that can only be used in their own panels and are not compatible with others.

Appliance Circuits- There may be a need for 120/240 volts to be supplied to appliances such as electric clothes dryers and electric ranges. This installation requires a two-pole circuit breaker, just like the 240-volt-only application. The difference is that a three-wire cable with a grounding conductor is used.

Ground Fault Circuit Interrupter (GFCI)- Although GFCIs look very similar to regular circuit breaker, there are two very evident differences: A GFCI breaker has a white pigtail attached to it that is wired to the neutral bar in the panel; and a GFCI breaker has a “Push to Test” button located on the front. GFCIs are also available as receptacle devices that can be placed in-line with standard breakers. 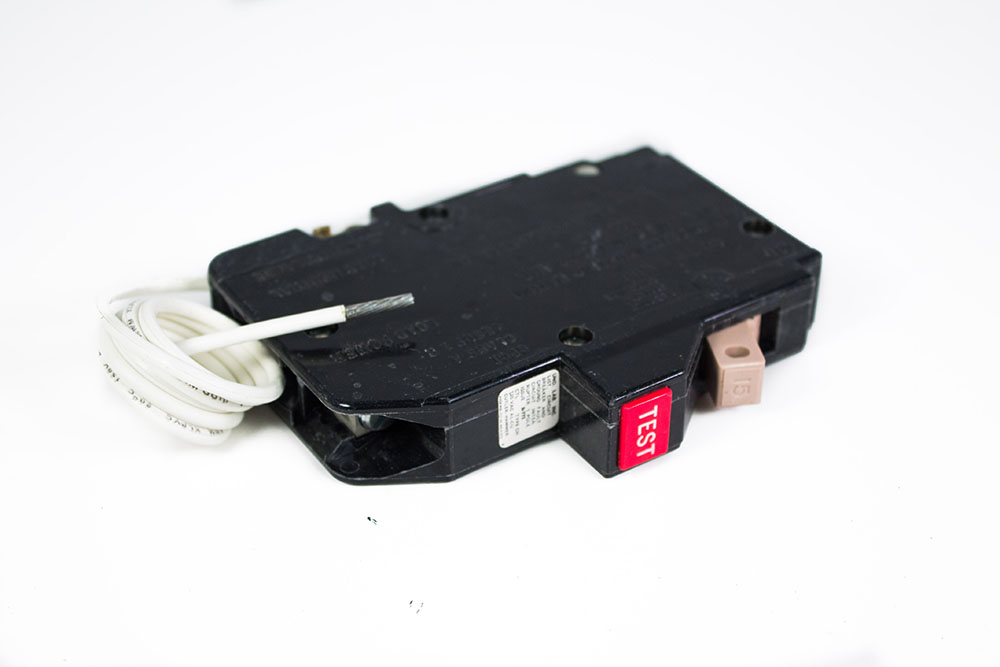 GFCI Circuit Breaker by Bernard Sula is licensed under CC BY 4.0

Arc Fault Circuit Interrupter (AFCI)- AFCI devices are designed to trip when they sense rapid fluctuations in the current flow that are typical of arcing conditions. AFCI protection is provided with AFCI circuit breakers and new codes require that all residences be constructed with them. AFCI circuit breakers look very similar to GFCI circuit breakers. The “Push-to-Test” button is typically a different color than that of a GFCI breaker. 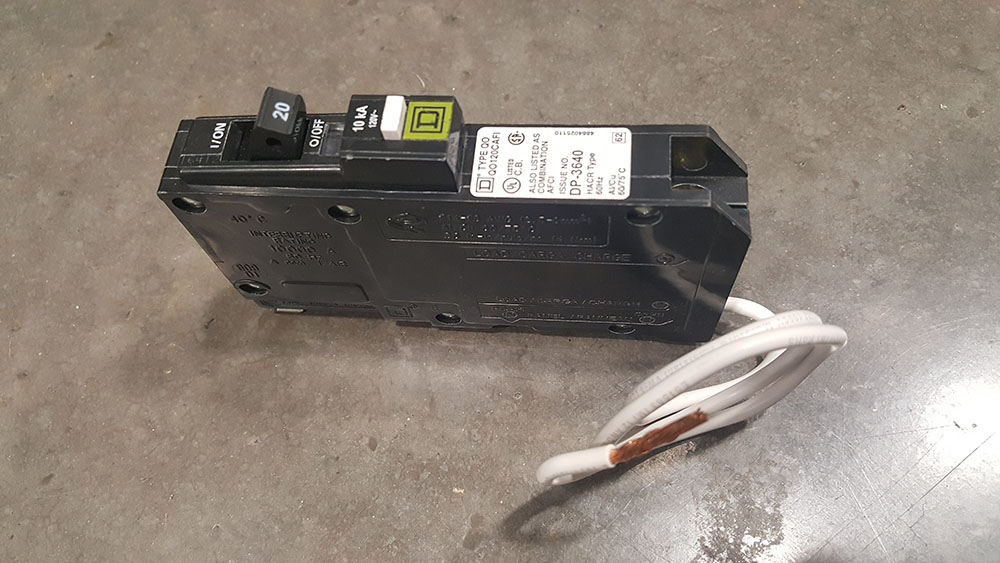 AFCI Circuit Breaker by Clifford Rutherford is licensed under CC BY 4.0

Small Appliance Branch-12 AWG copper conductors. Larger size wire may be used to compensate for voltage drop when the distance back to the electrical panel is very long.

Clothes Dryer Branch- Usually a 30-amp circuit wired with 10/3 cable. Usually connected to the electrical system in a house through a cord-and-plug type connection.

Water Heater Branch- Electric water heaters used in homes normally operate on 240 volts. They normally require a 10 AWG conductor with a 30-ampere overcurrent protection device. Some smaller single element electric water heaters may require 120 volts and will be wired with a dedicated branch circuit with 12 AWG conductors and a 20-ampere overcurrent protection device.

Always turn off electrical power at the main service breaker when working in an energized main breaker panel.
• The LOAD side of the panel will be disconnected, but the LINE side will still be energized.
• If you are working in an energized subpanel, find the circuit breaker in the service panel, turn it off, and lock it in the OFF position.

Test the panel you are working on with a voltage tester to verify that the electrical power is off.
• NEVER assume the panel is de-energized.