You can use probability and discrete random variables to calculate the likelihood of lightning striking the ground five times during a half-hour thunderstorm. (Credit: Leszek Leszczynski) 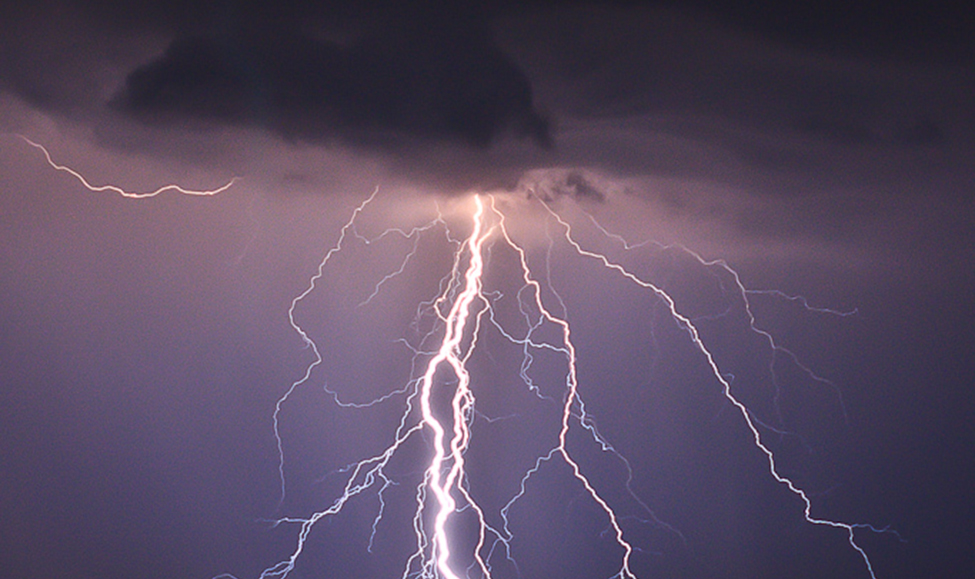 A student takes a ten-question, true-false quiz. Because the student had such a busy schedule, he or she could not study and guesses randomly at each answer. What is the probability of the student passing the test with at least a 70%?

These two examples illustrate two different types of probability problems involving discrete random variables. Recall that discrete data are data that you can count. A random variable describes the outcomes of a statistical experiment in words. The values of a random variable can vary with each repetition of an experiment.

For example, let X = the number of heads you get when you toss three fair coins. The sample space for the toss of three fair coins is TTT; THH; HTH; HHT; HTT; THT; TTH; HHH. Then, x = 0, 1, 2, 3. X is in words and x is a number. Notice that for this example, the x values are countable outcomes. Because you can count the possible values that X can take on and the outcomes are random (the x values 0, 1, 2, 3), X is a discrete random variable.

Random Variable (RV)
a characteristic of interest in a population being studied; common notation for variables are upper case Latin letters X, Y, Z,…; common notation for a specific value from the domain (set of all possible values of a variable) are lower case Latin letters x, y, and z. For example, if X is the number of children in a family, then x represents a specific integer 0, 1, 2, 3,…. Variables in statistics differ from variables in intermediate algebra in the two following ways.