Below, you’ll find patterns described in various ways: through visual representations, algebraic expressions, in tables of numbers, and in words.  Your job is to match these up in a way that makes sense. 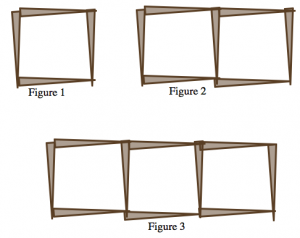