Mathematicians use symmetry in all kinds of situations. There can be symmetry in calculations, for example. But the most recognizable kinds of symmetry are those in geometric designs.

Geometric and real-world objects can have different kinds of symmetries[1].

If you can flip a figure over a line — this is called reflecting the figure — and then it appears unchanged, then the figure has reflection symmetry or line symmetry. A line of symmetry divides an object into two mirror-image halves. The dashed lines below are lines of symmetry: 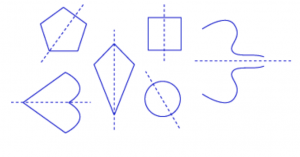 Compare with the dashed lines below. Though they do cut the figures in half, they don’t create mirror-image halves. These are not lines of symmetry: 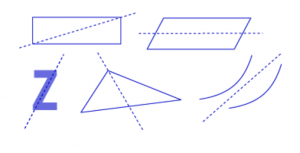 Look at the first set of pictures at the start of this chapter. Do any of them have lines of symmetry? How can you tell?

For each of the figures[3] below:

Each picture below shows half of a design with line symmetry. The line of symmetry (dashed) is shown. Can you complete the design? Explain how you did it. 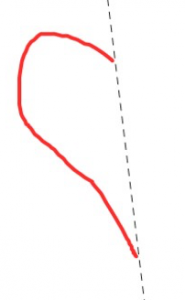 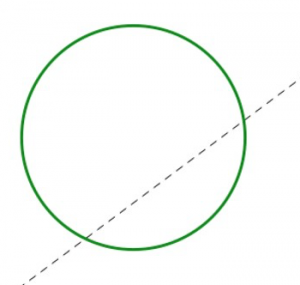 If you can turn a figure around a center point less than a full circle — this is called a rotation — and the figure appears unchanged, then the figure has rotational symmetry. The point around which you rotate is called the center of rotation, and the smallest angle you need to turn is called the angle of rotation.

This star has rotational symmetry of 72°, and the center of rotation is the center of the star. One point is marked to help you visualize the rotation.

Each of the figures below has rotational symmetry. Find the center of rotation and the angle of rotation. Explain your thinking.

Each picture below shows part of a design with a marked center of rotation and an angle of rotation given. Can you complete the design so that it has the correct rotational symmetry? Explain how you did it.

A translation (also called a slide) involves moving a figure in a specific direction for a specific distance. A vector (a line segment with an arrow on one end) can be used to describe a translation, because the vector communicates both a distance (the length of the segment) and a direction (the direction the arrow points). 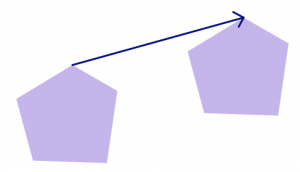 The brick wall is one example of a tessellation[5], which you’ll learn more about in the next chapter.

You can see translation symmetry in lots of places. It’s in architecture and design[6].

It’s in art, most famously that by M.C. Escher. (You might want to visit http://www.mcescher.com/gallery/symmetry/ and browse the “Symmetry” gallery.)

And it appears in traditional Hawaiian and other Polynesian tattoo[7] designs.