What does a presentation to persuade do? There is a range of functions to consider, and they may overlap or you may incorporate more than one as you present. We will discuss how to

We will also examine how each of these functions influences the process of persuasion.

When you focus on stimulation as the goal or operational function of your speech, you want to reinforce existing beliefs, intensify them, and bring them to the forefront. Perhaps you’ve been concerned with global warming for quite some time. Many people in the audience may not know about the melting polar ice caps and the loss of significant ice shelves in Antarctica, including part of the Ross Ice Shelf, an iceberg almost 20 miles wide and 124 miles long, more than twice the size of Rhode Island. They may be unaware of how many ice shelves have broken off, the 6 percent drop in global phytoplankton (the basis of many food chains), and the effects of the introduction of fresh water to the oceans. By presenting these facts, you will reinforce existing beliefs, intensify them, and bring the issue to the surface. You might consider the foundation of common ground and commonly held beliefs, and then introduce information that a mainstream audience may not be aware of that supports that common ground as a strategy to stimulate.

In a persuasive speech, the goal is to change the attitudes, beliefs, values, or judgments of your audience. If we look back at the idea of motive, in this speech the prosecuting attorney would try to convince the jury members that the defendant is guilty beyond reasonable doubt. He or she may discuss motive, present facts, all with the goal to convince the jury to believe or find that his or her position is true. In the film The Day After Tomorrow, Dennis Quaid stars as a paleoclimatologist who unsuccessfully tries to convince the U.S. vice president that a sudden climate change is about to occur. In the film, much like real life, the vice president listens to Quaid’s position with his own bias in mind, listening for only points that reinforce his point of view while rejecting points that do not.

Audience members will also hold beliefs and are likely to involve their own personal bias. Your goal is to get them to agree with your position, so you will need to plan a range of points and examples to get audience members to consider your topic. Perhaps you present Dennis Quaid’s argument that loss of the North Atlantic Current will drastically change our climate, clearly establishing the problem for the audience. You might cite the review by a professor, for example, who states in reputable science magazine that the film’s depiction of a climate change has a chance of happening, but that the timetable is more on the order of ten years, not seven days as depicted in the film. You then describe a range of possible solutions. If the audience comes to a mental agreement that a problem exists, they will look to you asking, “What are the options?” Then you may indicate a solution that is a better alternative, recommending future action. 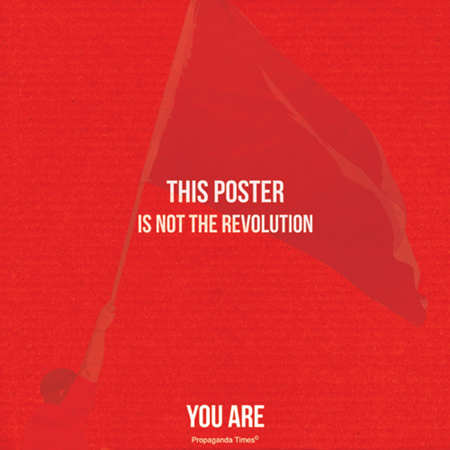 A call to action features a clear response for the audience.

In this speech, you are calling your audience to action. You are stating that it’s not about stimulating interest to reinforce and accentuate beliefs, or convincing an audience of a viewpoint that you hold, but instead that you want to see your listeners change their behavior. If you were in sales at Toyota, you might incorporate our previous example on global warming to reinforce, and then make a call to action (make a purchase decision), when presenting the Prius hybrid (gas-electric) automobile. The economics, even at current gas prices, might not completely justify the difference in price between a hybrid and a nonhybrid car. However, if you as the salesperson can make a convincing argument that choosing a hybrid car is the right and responsible decision, you may be more likely to get the customer to act. The persuasive speech that focuses on action often generates curiosity, clarifies a problem, and as we have seen, proposes a range of solutions. They key difference here is there is a clear link to action associated with the solutions.

Solutions lead us to considering the goals of action. These goals address the question, “What do I want the audience to do as a result of being engaged by my speech?” The goals of action include adoption, discontinuance, deterrence, and continuance.

Adoption means the speaker wants to persuade the audience to take on a new way of thinking, or adopt a new idea. Examples could include buying a new product, voting for a new candidate, or deciding to donate blood. The key is that the audience member adopts, or takes on, a new view, action, or habit.

Deterrence is a call action that focuses on persuading audience not to start something if they haven’t already started. Perhaps many people in the audience have never tried illicit drugs, or have not gotten behind the wheel of a car while intoxicated. The goal of action in this case would be to deter, or encourage the audience members to refrain from starting or initiating the behavior.

Finally, with continuance, the speaker aims to persuade the audience to continue doing what they have been doing, such as reelect a candidate, keep buying product, or staying in school to get an education.

A speaker may choose to address more than one of these goals of action, depending on the audience analysis. If the audience is largely agreeable and supportive, you may find continuance to be one goal, while adoption is secondary.

These goals serve to guide you in the development of solution steps. Solution steps involve suggestions or ways the audience can take action after your speech. They often proceed from national to personal level, or the inverse. Audience members appreciate a clear discussion of the problem in a persuasive speech, but they also appreciate solutions. You might offer a national solution that may be viewed as unworkable, but your solution on a personal level may be more realistic, such as considering an alternate point of view or making a small donation to a worthy cause.

Perhaps you know that your audience is not open to emotional appeals that involve the fear of global warming, so you choose to base your persuasive speech on something they are more open to: the economic argument and the relative cost of car ownership. In this speech, you want to increase consideration on the part of the audience whose members either hold hostile views or perhaps are neutral and simply curious. You might be able to compare and contrast competing cars and show that the costs over ten years are quite similar, but that the Prius has additional features that are the equivalent of a bonus, including high gas mileage. You might describe tax incentives for ownership, maintenance schedules and costs, and resale value. Your arguments and their support aim at increasing the audience’s consideration of your position. You won’t be asking for action in this presentation, but a corresponding increase of consideration may lead the customer to that point at a later date.

Finally, you may want to help your audience develop tolerance of alternate perspectives and viewpoints. Perhaps your audience, as in the previous example, is interested in purchasing a car and you are the lead salesperson on that model. As you listen, and do your informal audience analysis, you may learn that horsepower and speed are important values to this customer. You might raise the issue of torque versus horsepower and indicate that the “uumph” you feel as you start a car off the line is torque. Many hybrid and even electric vehicles have great torque, as their systems involve fewer parts and less friction than a corresponding internal combustion-transaxle system. You goal is to help your audience develop tolerance, but not necessarily acceptance, of alternate perspectives. A traditional way of measuring speed has always been how fast a car can go from zero to sixty miles per hour.

You are essentially indicating that there are two relevant factors to consider when discussing speed (horsepower and torque), and asking the customer to consider the alternate perspective. Lots of horsepower might be all right for high speeds, but by raising the issue of their normal driving, they might learn that what counts day in and day out for driving is torque, not horsepower. By starting from common ground, and introducing a related idea, you are persuading your audience to consider an alternate perspective.