People create systems that reflect cultural values. These systems reduce uncertainty for the culture, creating and perpetuating the rules and customs, but may prove a significant challenge to the entrepreneur entering a new market. Political, legal, economic, and ethical systems vary from culture to culture, and may or may not reflect formal boundaries. For example, disputes over who controls what part of their shoreline are common and are still a matter of debate, interpretation, and negotiation in many countries.

To a large extent, a country’s culture is composed of formal systems. Formal systems often direct, guide, constrain, or promote some behaviors over others. A legal system, like taxation, may favor the first-time homebuyer in the United States, and as a consequence, home ownership may be pursued instead of other investment strategies. That same legal system, via tariffs, may levy import taxes on specific goods and services, and reduce their demand as the cost increases. Each of these systems reinforces or discourages actions based on cultural norms, creating regulations that reflect ways that each culture, through its constituents, views the world.

You may be familiar with democracy, or rule by the people; and theocracy, or rule of God by his or her designates; but the world presents a diverse range of how people are governed. It is also important to note, as we examine political systems, that they are created, maintained, and changed by people. Just as people change over time, so do all systems that humans create. A political climate that was once closed to market forces, including direct and indirect investment, may change over time.

Centuries ago, China built a physical wall to keep out invaders. In the twentieth century, it erected another kind of wall: a political wall that separated the country from the Western world and limited entrepreneurship due to its adherence to its interpretation of communism. In 2009, that closed market is now open for business. To what extent it is open may be a point of debate, but simple observation provides ample evidence of a country, and a culture, open to investment and trade. The opening and closing ceremonies for the 2008 Olympic Games in Beijing symbolized this openness, with symbolic representations of culture combined with notable emphasis on welcoming the world. As the nature of global trade and change transforms business, so it also transforms political systems.

Political systems are often framed in terms of how people are governed, and the extent to which they may participate. Democracy is one form of government that promotes the involvement of the individual, but even here we can observe stark differences. In the United States, people are encouraged to vote, but it is not mandatory, and voter turnout is often so low that voting minorities have great influence on the larger political systems. In Chile, voting is mandatory, so that all individuals are expected to participate, with adverse consequences if they do not. This doesn’t mean there are not still voting minorities or groups with disproportionate levels of influence and power, but it does underscore cultural values and their many representations.

Centralized rule of the people also comes in many forms. In a dictatorship, the dictator establishes and enforces the rules with few checks and balances, if any. In a totalitarian system, one party makes the rules. The Communist states of the twentieth century (although egalitarian in theory) were ruled in practice by a small central committee. In a theocracy, one religion makes the rules based on their primary documents or interpretation of them, and religious leaders hold positions of political power. In each case, political power is centralized to a small group over the many.

A third type of political system is anarchy, in which there is no government. A few places in the world, notably Somalia, may be said to exist in a state of anarchy. But even in a state of anarchy, the lack of a central government means that local warlords, elders, and others exercise a certain amount of political, military, and economic power. The lack of an established governing system itself creates the need for informal power structures that regulate behavior and conduct, set and promote ideals, and engage in commerce and trade, even if that engagement involves nonstandard strategies such as the appropriation of ships via piracy. In the absence of appointed or elected leaders, emergent leaders will rise as people attempt to meet their basic needs. 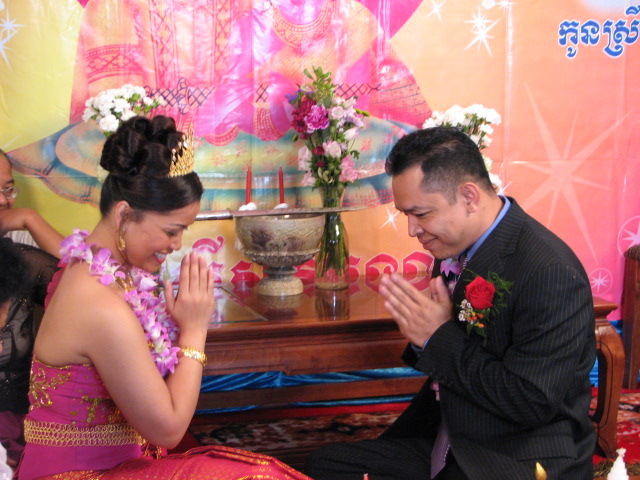 Communication varies across cultures, including legal and economic norms and customs.

Legal systems also vary across the planet and come in many forms. Some legal systems promote the rule of law while others promote the rule of culture, including customs, traditions, and religions. The two most common systems are civil and common law. Civil law draws from a Roman history and common law from an English tradition. In civil law the rules are spelled out in detail, and judges are responsible for applying the law to the given case. In common law, the judge interprets the law and considers the concept of precedent, or previous decisions. Common law naturally adapts to changes in technology and modern contexts as precedents accumulate, while civil law requires new rules to be written out to reflect the new context even as the context transforms and changes. Civil law is more predictable and is practiced in the majority of countries, while common law involves more interpretation that can produce conflict with multiple views on the application of the law in question. The third type of law draws its rules from a theological base rooted in religion. This system presents unique challenges to the outsider, and warrants thorough research.

Economic systems vary in similar ways across cultures, and again reflect the norms and customs of people. Economies are often described on the relationship between people and their government. An economy with a high degree of government intervention may prove challenging for both internal and external businesses. An economy with relatively little government oversight may be said to reflect more of the market(s) and to be less restricted. Along these same lines, government may perceive its role as a representative of the common good, to protect individual consumers, and to prevent fraud and exploitation.

This continuum or range, from high to low degrees of government involvement, reflects the concept of government itself. A government may be designed to give everyone access to the market, with little supervision, in the hope that people will regulate transactions based on their own needs, wants, and desires; in essence, their own self-interest. If everyone operates in one’s self-interest and word gets out that one business produces a product that fails to work as advertised, it is often believed that the market will naturally gravitate away from this faulty product to a competing product that works properly. Individual consumers, however, may have a hard time knowing which product to have faith in and may look to government to provide that measure of safety.

Government certification of food, for example, attempts to reduce disease. Meat from unknown sources would lack the seal of certification, alerting the consumer to evaluate the product closely or choose another product. In terms of supervision, we can see an example of this when Japan restricts the sale of U.S. beef for fear of mad cow disease. The concern may be warranted from the consumer’s viewpoint, or it may be protectionist from a business standpoint, protecting the local producer over the importer.

From meat to financial products, we can see both the dangers and positive attributes of intervention and can also acknowledge that its application may be less than consistent. Some cultures that value the community may naturally look to their government for leadership in economic areas, while those that represent an individualistic tendency may take a more “hands off” approach.

Ethical systems, unlike political, legal, and economic systems, are generally not formally institutionalized. This does not imply, however, that they are less influential in interactions, trade, and commerce. Ethics refers to a set of norms and principles that relate to individual and group behavior, including businesses and organizations. They may be explicit, in the form of an organization’s code of conduct; may be represented in religion, as in the Ten Commandments; or may reflect cultural values in law. What is legal and what is ethical are at times quite distinct.

For example, the question of executive bonuses was hotly debated when several U.S. financial services companies accepted taxpayer money under the Troubled Assets Relief Program (TARP) in 2008. It was legal for TARP recipient firms to pay bonuses—indeed, some lawyers argued that failing to pay promised bonuses would violate contract law—but many taxpayers believed it was unethical.

Some cultures have systems of respect and honor that require tribute and compensation for service, while others may view payment as a form of bribe. It may be legal in one country to make a donation or support a public official in order to gain influence over a decision, but it may be unethical. In some countries, it may be both illegal and unethical. Given the complexity of human values and their expression across behaviors, it is wise to research the legal and ethical norms of the place or community where you want to do business.

International trade has advantages and disadvantages, again based on your viewpoint and cultural reference. If you come from a traditional culture, with strong gender norms and codes of conduct, you may not appreciate the importation of some Western television programs that promote what you consider to be content that contradicts your cultural values. You may also take the viewpoint from a basic perspective and assert that basic goods and services that can only be obtained through trade pose a security risk. If you cannot obtain the product or service, it may put you, your business, or your community at risk.

Furthermore, “just in time” delivery methods may produce shortages when the systems break down due to weather, transportation delays, or conflict. People come to know each other through interactions (and transactions are fundamental to global trade), but cultural viewpoints may come into conflict. Some cultures may want a traditional framework to continue and will promote their traditional cultural values and norms at the expense of innovation and trade. Other cultures may come to embrace diverse cultures and trade, only to find that they have welcomed some who wish to do harm. In a modern world, transactions have a cultural dynamic that cannot be ignored.

Intercultural communication and business have been related since the first exchange of value. People, even from the same community, had to arrive at a common understanding of value. Symbols, gestures, and even language reflect these values. Attention to this central concept will enable the skilled business communicator to look beyond his or her own viewpoint.

It was once the privilege of the wealthy to travel, and the merchant or explorer knew firsthand what many could only read about. Now we can take virtual tours of locations we may never travel to, and as the cost of travel decreases, we can increasingly see the world for ourselves. As global trade has developed, and time to market has decreased, the world has effectively grown smaller. While the size has not changed, our ability to navigate has been dramatically decreased. Time and distance are no longer the obstacles they once were. The Canadian philosopher Marshall McLuhan, a pioneer in the field of communication, predicted what we now know as the “global village.” The global village is characterized by information and transportation technologies that reduce the time and space required to interact (McLuhan, M., 1964).