In the previous section, we learned how to use different patterns to create sentence variety and to add emphasis to important points in our writing. Next, we will examine two ways in which we can join sentences with related ideas:

Connecting sentences with coordinate or subordinate clauses creates more coherent paragraphs, and in turn, produces more effective writing. In this section, you will read excerpts from Naomi’s classmate named Joshua, who drafted an essay about wine production. Read this excerpt from Joshua’s essay.

This section examines several ways to combine sentences with coordination and subordination, using Joshua’s essay as an example.

Original sentences: I spent my entire paycheck last week. I am staying home this weekend.

In their current form, these sentences contain two separate ideas that may or may not be related. Am I staying home this week because I spent my paycheck, or is there another reason for my lack of enthusiasm to leave the house? To indicate a relationship between the two ideas, we can use the coordinating conjunction so:

Revised sentence: I spent my entire paycheck last week, so I am staying home this weekend.

The revised sentence illustrates that the two ideas are connected. Notice that the sentence retains two independent clauses (I spent my entire paycheck; I am staying home this weekend) because each can stand alone as a complete idea.

Another method of joining two independent clauses with related and equal ideas is to use a conjunctive adverb and a semicolon (see “Writing Basics: What Makes a Good Sentence?” for information on semicolon usage). A conjunctive adverb is a linking word that demonstrates a relationship between two clauses. Read the following sentences:

Original sentences: Bridget wants to take part in the next Olympics. She trains every day.

Since these sentences contain two equal and related ideas, they may be joined using a conjunctive adverb. Now, read the revised sentence:

Revised sentence: Bridget wants to take part in the next Olympics; therefore, she trains every day.

The revised sentence explains the relationship between Bridget’s desire to take part in the next Olympics and her daily training. Notice that the conjunctive adverb comes after a semicolon that separates the two clauses and is followed by a comma.

Review the following chart of some common conjunctive adverbs with examples of how they are used:

Take a look at Joshua’s essay on wine production and identify some areas in which he might use coordination.

Now look at Joshua’s revised essay. Did you coordinate the same sentences? You may find that your answers are different because there are usually several ways to join two independent clauses.

When writing an essay or a report, it is important that you do not use excessive coordination. Workplace documents should be clear and concise, so only join two clauses that are logically connected and can work together to make one main point. If you repeat the same coordinating conjunction several times in a sentence, you are probably including more than one idea. This may make it difficult for readers to pick out the most important information in each sentence.

Subordination joins two sentences with related ideas by merging them into a main clause (a complete sentence) and a dependent clause (a construction that relies on the main clause to complete its meaning). Coordination allows a writer to give equal weight to the two ideas that are being combined, and subordination enables a writer to emphasize one idea over the other. Take a look at the following sentences:

Original sentences: Tracy stopped to help the injured man. She would be late for work.

To illustrate that these two ideas are related, we can rewrite them as a single sentence using the subordinating conjunction even though.

Revised sentence: Even though Tracy would be late for work, she stopped to help the injured man.

In the revised version, we now have an independent clause (she stopped to help the injured man) that stands as a complete sentence and a dependent clause (even though Tracy would be late for work) that is subordinate to the main clause. Notice that the revised sentence emphasizes the fact that Tracy stopped to help the injured man, rather than the fact she would be late for work. We could also write the sentence this way:

Revised sentence: Tracy stopped to help the injured man even though she would be late for work.

The meaning remains the same in both sentences, with the subordinating conjunction even though introducing the dependent clause.

Take a look at the excerpt from Joshua’s essay and identify some areas in which he might use subordination.

Now look at Joshua’s revised essay and compare your answers. You will probably notice that there are many different ways to subordinate sentences.

1. Combine each sentence pair into a single sentence using either a coordinating conjunction or a conjunctive adverb. Then copy the combined sentence onto your own sheet of paper.

2. Combine each sentence pair into a single sentence using a subordinating conjunction and then copy the combined sentence onto your own sheet of paper.

3. Copy the paragraph from Joshua’s essay onto your own sheet of paper. Then edit using the techniques you have learned in this section. Join the underlined sentences using coordination or subordination. Check your revised sentences for punctuation. 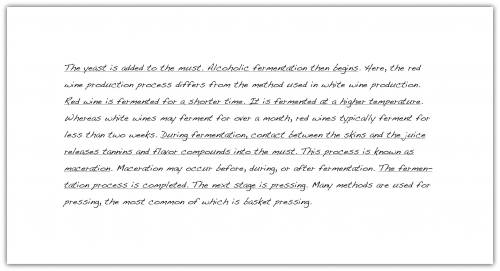